I first saw the birds on silken ground, flying over gilded hills in a Tokyo elevator.  Even crushing myself against the wall, sucking in my breath, I could not capture them all on film.


I resorted to melding photography with sketching and painting and digitizing and… eventually I had something and rested for a while. 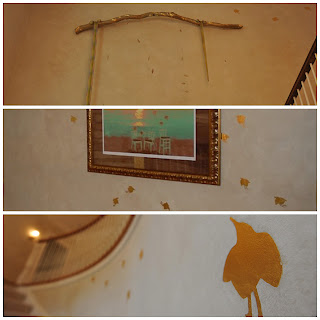 But these were wild birds,
and would not be tamed.
Their brothers broke in, flew around the hall
where the painting hung, up, up the stairs
and freed my birds from captivity.
For an instant they had me,
as in Tokyo.
But I had prepared a gilded branch
with magic in it.
When one bird lit upon it,
all were still again. 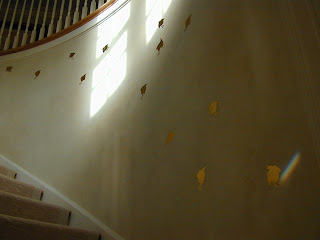 (except, when they are touched by light, they flutter through windows and sail over rainbows)
I built a porch outside the door to this hall.
Robins built a nest on a column.
I see their babies through the window.
Do they see my golden flock?
Are they scheming to set them free?
Or hoping to join them? 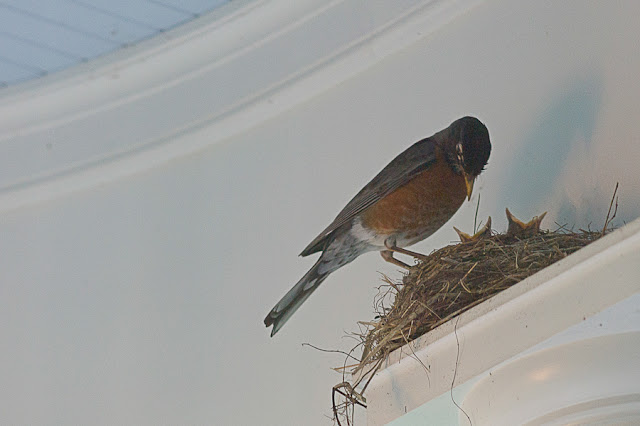 (Installation was a collaboration with Scott MacDonald, who did all the gold leaf.)

This site uses Akismet to reduce spam. Learn how your comment data is processed.